If you want to get in shape, Corey is your guy. He’s been running the nutrition + supplement game for more than 10 years; making sure you’re feeling good + looking right! Corey loves to train like his Cornhusker football days so get ready to leave everything you’ve got in the FIRE studio. Ultimate Workout is his dream made a reality! Club like setting + badass equipment + control over the music has Corey on cloud 9. Corey’s a devoted Father to two children.

With roots in the Chicago suburbs, Jaclyn came to Omaha 6 years ago to play volleyball at Creighton and has since found her home. After graduating with a degree in biomechanics from University of Nebraska Omaha and her volleyball career closing, she was looking for a way to stay in shape and UW brought her just that and so much more – a family, community, and killer workouts. As a current physical therapy student, Jaclyn has a passion for helping people reach and sustain their goals. Expect high energy, fast paced classes that will always make you feel your best not just in the studio, but in life!
Book Class With Jaclyn 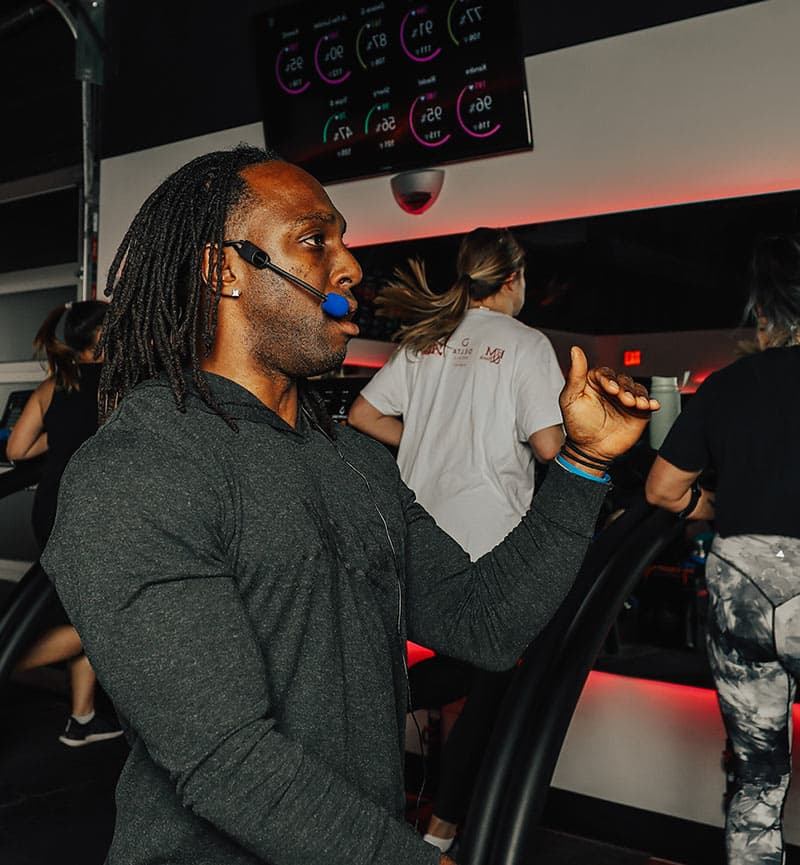 Johnson is no stranger to the fitness game. This stud has been in the industry for more than 15 years. You might know him as the Glute Whisperer, or more than likely you’ve seen him training one of your personal trainers or coaching your kid’s sports team. Bodybuilding since 2006 and crowned Mr. Natural Nebraska in 2014, Johnson can get you in shape in his sleep. He’s a husband to one badass woman + tribe leader to 4 all-star kids, who inspire him to live a selfless life. Get ready to turn up in Johnson’s class!

Kyle was born and raised in Omaha, played football for Westside High School and went on to play football and graduated from Midland University. He continued his athletic career by playing two seasons of indoor football for the Omaha Beef. Throughout his career in football, he developed a passion for being a part of a team and personal training. He believes group fitness is such a great way to push yourself harder and further than you ever thought you could. In this environment cultivated by like-minded people we are all striving for the same goal: to be better than yesterday. You can count on Kyle’s classes to have A-game music, a lot of energy, and a team mindset led by someone who cares about you and your goals! 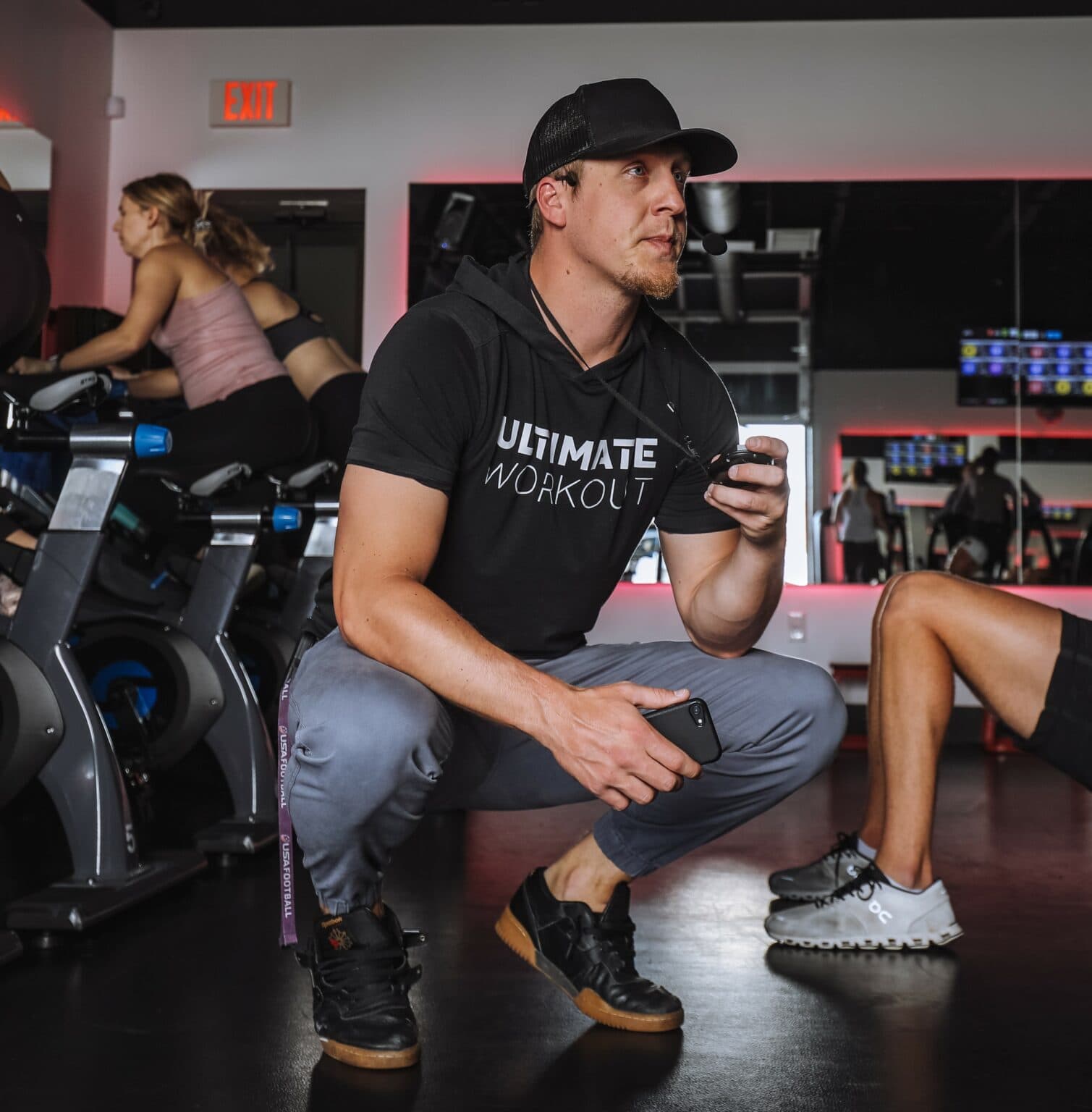 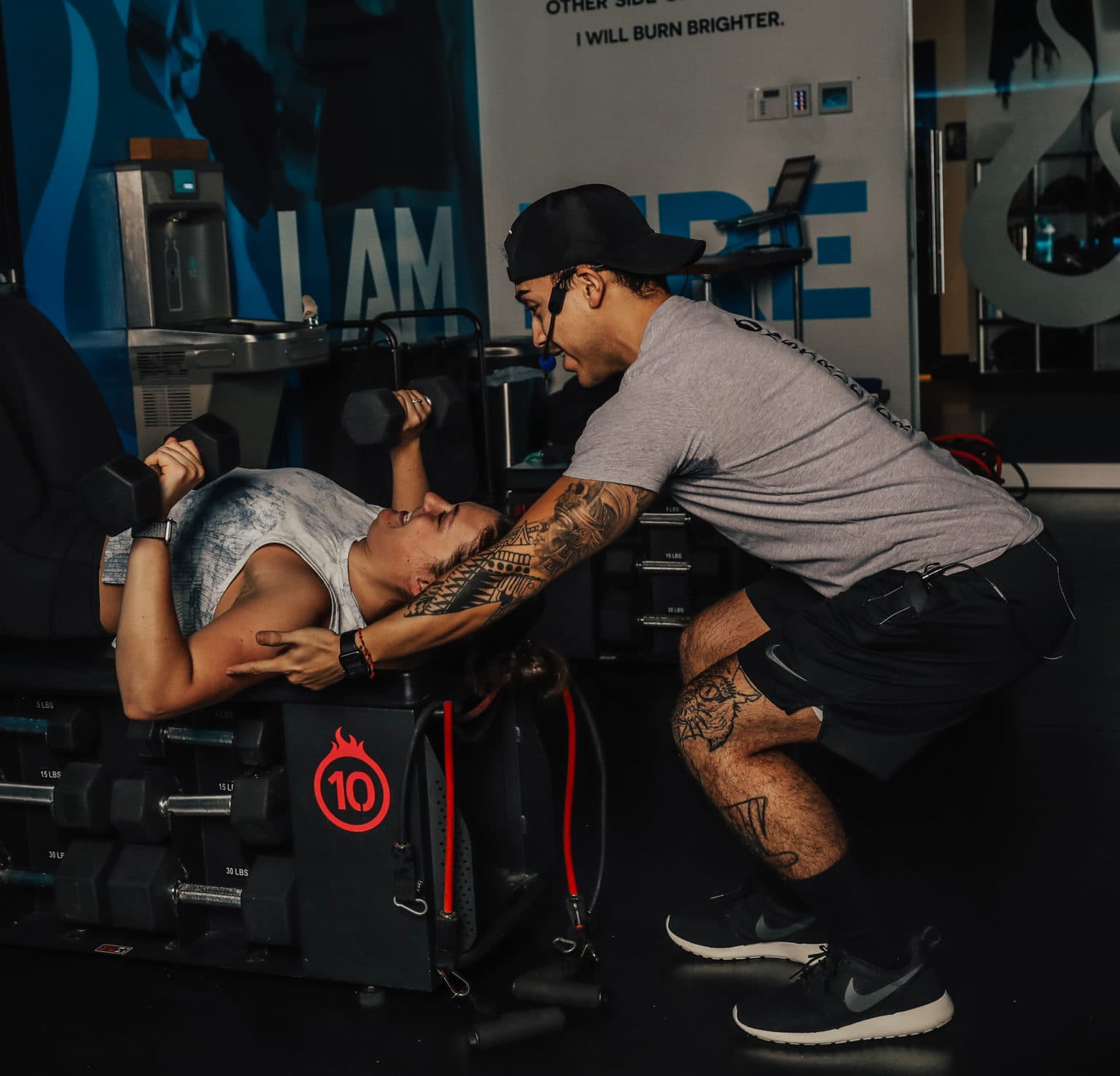 Carlos gives your workout purpose + turns the fire studio into your very own world. With a Hip Hop instructing background; loud music and fun is his jam! Driven and inspired from the positivity surrounding him, this stud founded his own apparel line. His expertise as a personal trainer means your form will always be improving. Mental and physical health are a priority in his life, which he is thrilled to share with others!

AJ found his love for exercise and fitness in the United States Military. He served 4 years and decided to continue to better his self and find ways to better other peoples lives. He is dedicated and passionate about helping others reach their fitness goals and strives to make EVERYONE that walks into the studio be their best. After working out at Ultimate Workout for a year, he decided this is the place to practice his passion for health and fitness. AJ’s classes are always fun and upbeat with a challenging and inspiring twist. His music will keep you driven to continue even when you want to quit! He is determined to provide you with a safe and ecstatic workout that will help you reach your goals. You can always expect a great workout with AJ! The Ultimate Workout Method is unmatched for improving what matters.

Ultimate workout delivers high intensity, muscle chiseling, cardiovascular interval training that will change how you think of fitness. It’s cardio on fire! Ultimate workout is a heart rate driven, high energy class focusing on the details that get lost with typical group fitness programs. This results driven exercise program will challenge + motivate you every step of the way and deliver the best workout that you’ve ever experienced!

Designed with ♥ by Anthus Business Services